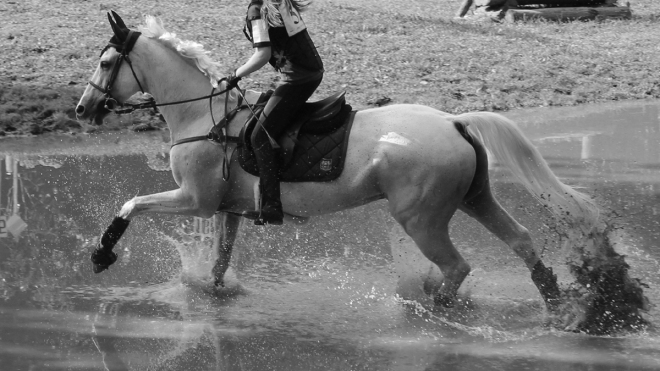 Let me begin by asking a simple question: how does the photo below make you feel?

This is the “descent of Mombrone”, a six-metre drop from what once was a window of the old ruined Castle of Mombrone. It was a “test of nerve” which every officer was required to do before leaving the Italian Cavalry School in Pinerolo.

So how do you feel about it? Does it send shivers down your spine? Or, does it make you angry?

I first came across it on Facebook, and to me it’s a chilling yet fascinating vintage photograph, commemorating something that thankfully no longer has to be done today. When I read the comments on that post however, I was somewhat surprised by the vast majority of them being negative. When researching the background of this photo, it didn’t take me long to find out that, well, the anger expressed by those commenters was not out of place. Brigadier Philip Ernest Bowden-Smith, cavalry officer and later armoured commander who served in the British Army in both World Wars, noted that “accidents were not unknown and occasionally rather serious, and the practice has rather died out since the war.” We can debate about it all day, but I think that, considering its context, there was a fairly reasonable motive behind this. In those pre-war days, the descent of Mombrone was to test the capabilities of horse and rider. Looking at our times, falls are not unusual in upper level eventing, just as horses falling are a normal sight in jumps races such as The Grand National. Falls that not only result in “rather serious” injuries to both horses and humans, but fatalities too. Not to mention the depressing number of horses that break down on racetracks every year.

The reason why I found those Facebook comments intriguing is because they made me wonder how many of those people are enthusiastic about horse racing, steeplechasing or upper level eventing — all three of which, due to various factors, subject horses and riders to a high risk of injury and even death. I didn’t put my investigator hat on and set out to study their profiles and likes, because I’m not a creep; I’m not ruling out that I could be wrong and that most of those people who commented do dislike these sports as much as they dislike the descent of Mombrone. But the horse world is so full of strange and amusing contradictions, I won’t be surprised if most of those people do like at least one of these sports. Unlike the tests that were required in the cavalry, such as the descent of Mombrone, what reason have we to risk the well-being of horses in eventing, horse racing and steeplechasing? When death in a sport is not a tragic and rare incident but happens with disturbing regularity, to the point it literally has been accepted as the norm, it’s not just awry. It is morally questionable.

Since I might have opened a can of worms, I’m going to stop here. In the meantime, feel free to share your thoughts.

One thought on “Going to Extremes”

Artwork, images & text ©2023 Yasmine Saad / Libera equa, except where noted otherwise. All rights reserved. Permission for any form of reproduction must be granted by the artist.